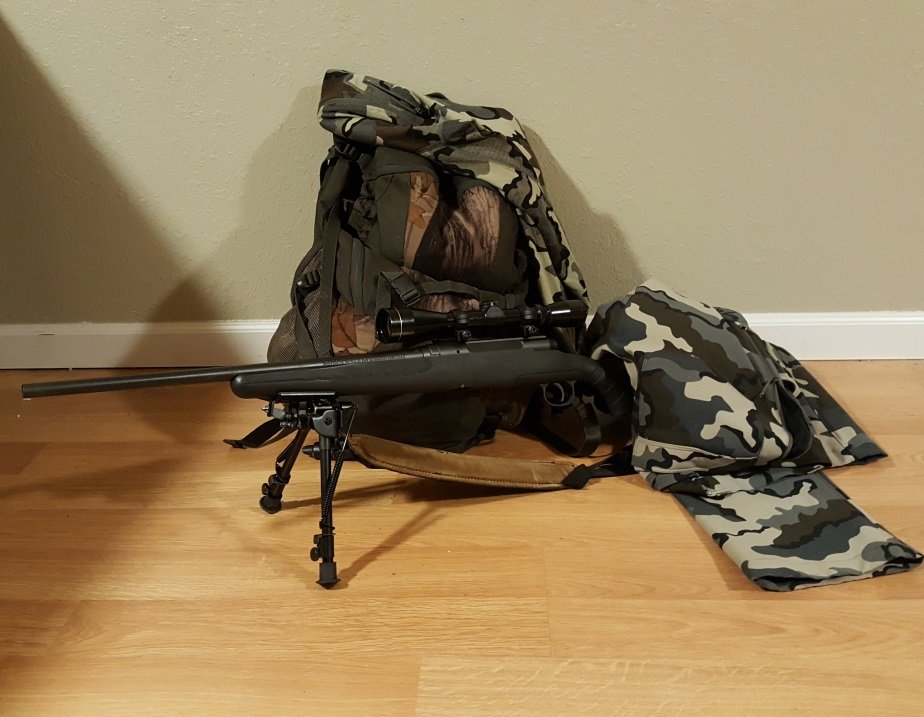 Welcome to another hunter education class topic. Today you will learn more about hunting rifles, also known as firearms, and how they operate. When you understand these things about your hunting rifle, you will have more confidence in how to handle it.

So what is a firearm? Basically, it is a mechanical device that uses pressure from a burning powder to force a projectile through and out a metal tube. In other words, a hunting rifle is a tool that is pointed at the desired target and when you squeeze the trigger an explosion within that rifle sends the bullet to its desired target. With practice and understanding, you can hit that desired target where you want consistently. We will discuss that in a different post.

Now to properly handle your firearm you need to understand the 3 main parts of that firearm. Those parts are the action, stock and barrel. We will start with the action which is the mechanical part of the rifle.

The first part is the action of the rifle. The action contains all the moving parts of the rifle that load, unload, fire and eject the shotshell or cartridge. Within the action are the trigger and safety also. So what type of action does your firearm have? If you have not yet bought a hunting rifle, I will make suggestions at the end of this post. There is an action type I prefer for begining hunters.

Below is a list of the actions available and a little info about each one.

The stock of a rifle is the part that is placed against your shoulder and also the part you grip firmly with your non-trigger hand. It is typically made of wood or synthetic materials. The stock of your rifle is very important because it’s size and shape will determine how the gun fits you. Of course, if it fits comfortably than that will have a direct affect on how well you shoot it.

The design of a stock can also have some relation to the amount of recoil of your hunting rifle, so you can add padding to the butt of the stock if that is a concern. But if you add padding, remember this will increase your reach to the trigger and could affect the fit of the rifle.

The barrel is the long metal tube on top of the rifle. A cartridge is loaded into the barrel of the gun by the action and when the trigger is squeezed the barrel contains the explosion which sends the projectile to its designated target.

On top of the barrel is the sight alignment system. This can be open sights of some type or a telescopic sight. Also at the end of the barrel where the bullet exits we call that the muzzle. The muzzle is the most important part of the firearm in my opinion. It should always be pointed in a safe direction regardless of the gun being loaded or unloaded.

The barrel is really the performance part of your hunting rifle. Your accuracy can be affected based on your barrel design. In another post, we will discuss barrel designs in more detail, but to simplify for now you need to understand the importance of a well-maintained barrel.

If you purchase a new rifle, then you should have no concerns. Just keep your barrel clean with regular cleaning. Cleaning your barrel will prevent lead build-up and dirt from disrupting your accuracy.

If you have an older rifle with the original barrel, its probably had many rounds of ammunition shot through it. Be aware that there could be some wear in the riflings. The riflings are grooves and lands inside the barrel that cause the bullet to twist as it leaves the muzzle. The twist of the bullet caused by the riflings directly affects accuracy. If the lands are worn from years of use or corrosion, you will become very frustrated with your firearm as you try to sight it in. So if you are using an older rifle, I suggest that you have a seasoned hunter or gunsmith inspect your firearm.

So what action for a hunting rifle would I suggest if you are just starting out and need to purchase one?

I can answer that with the picture below. This is my daughter Kadey and this is one of her 10th birthday presents. At the age of 10 in Idaho, Kadey can hunt big game animals with a mentor at her side. 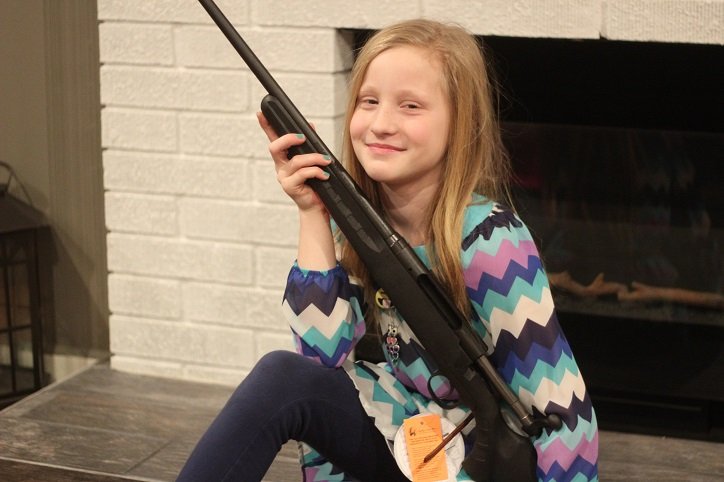 I chose this  same bolt action rifle for all 3 of my young kids. It is the Savage Axis youth model in a 7mm-08. It is affordable and fits my kids very well. The caliber, 7mm-08, is my favorite in recent years because it provides the kinetic energy to quickly take down a deer with very little recoil. My younger kids love shooting this gun.

I like the bolt action because it gives them a simple action to operate. It’s easier when the time comes to load a cartridge into the chamber. This particular model also allows my kids to remove the magazine before unloading the cartridge from the chamber. This prevents them from accidentally loading another round. This makes it easier to unload the gun when crossing obstacles such as fences or streams. The bolt action requires her to remove the gun from her shoulder to shoot a second shot. This increases her focus to make the first shot count. If gun storage safety is a concern in your home, then you can remove the bolt and store it in a separate location from the rifle.

If you have any questions about this article or about firearm actions and hunting rifles, I’m here to help. Send me an email at roscoe@greenhornhunting.com and I will be glad to help you.